“The line of words is a hammer. You hammer against the walls of your house. You tap the walls, lightly, everywhere. After giving many years’ attention to these things, you know what to listen for. Some of the walls are bearing walls; they have to stay, or everything will fall down. Other walls can go with impunity; you can hear the difference. Unfortunately, it is often a bearing wall that has to go. It cannot be helped. There is only one solution, which appalls you, but there it is. Knock it out. Duck.”— Annie Dillard, The Writing Life

I had never experienced the inability to revise an essay until recently, when during my four-day weekends I’d sit down to work and then tell myself, tomorrow—you can work the next part tomorrow. I had been blocked before, but that was at the start of a first draft, when forging a path across the blank screen was not yet possible because there was no topic or the spark of inspiration had been dulled by the work that pays the bills. This was something entirely different. My process was usually focused and steady, but after so many “tomorrows,” I had quit sitting down to revise.

I didn’t think about my hiatus at first. Taking a break gave me time to do other things—patch the drywall and paint the bathroom, tidy up the yard, strip and refinish a wood door, and then another. A few days of not revising turned into several months of not revising, and I began to panic. I imagined years without practice piling up–I would become an old lady with no more time to improve. If I wasn’t going to write/revise when I had the time, I thought I might as well give up the idea of writing altogether and paint the other bathroom.

I turned to Dillard’s The Writing Life for guidance and was thrilled to learn she had experienced and diagnosed the same problem I had been experiencing. It wasn’t that I had a poor work ethic but that my intuition was spot on. I subconsciously sensed the structure starting to shake, and I refused to put myself in danger of a collapsing essay! As Dillard explains, there are two reasons why the diligent worker will not work: “Either the structure has forked, so the narrative, or the logic, has developed a hairline fracture that will shortly split it up the middle–or you are approaching a fatal mistake. What you had planned will not do.”

I had considered starting over weeks before turning to Dillard for help, but I was in denial. Hammering out a line of words is hard work. Had I the resources, I might have canned the essay and started renovating the kitchen. 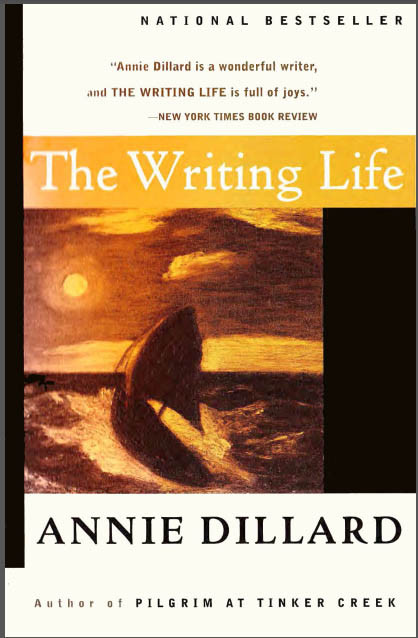